Brad Bacon is a CrossFit Level 2 (CF-L2) Trainer and has completed the Level 1 and 2 FMA Strength and Conditioning. He also holds Cert III & IV in Fitness and Personal Training. Brad is our Head Coach/Owner and started CrossFit before it was even cool. With 16 years of personal training and coaching experience Brad opened CrossFit Mooloolaba in 2011 and has lived and breathed it ever since. His easy going nature makes CrossFit Mooloolaba the place it is and the reason so many people come to train here. The only thing Brad loves more than CrossFit Mooloolaba, is his family. When he’s not in the gym, he’ll be found with his 2 fur babies and wife Karissa soaking up the sun or getting outdoors in the garden. You’ll also find Brad researching completely irrelevant facts on Google, learning about politics, science and history, or looking after his large freshwater fish tank and aquascaping (is that even a word?!). Karissa Bacon or known as Riss... this is a name and face you’ll get to know very well when you join the CrossFit Mooloolaba family. She’s the bones of the organisation, keeping all things in line and running smoothly (including Head Coach, Brad Bacon). She fell in love with all things CrossFit when she met Brad and hasn’t looked back! You may catch her sweating it out by your side during a workout or 2. Be sure to sneak her a smile when she’s on the sideline though - she’s rather good at catching our members mid-wod ‘pain face’ on camera. 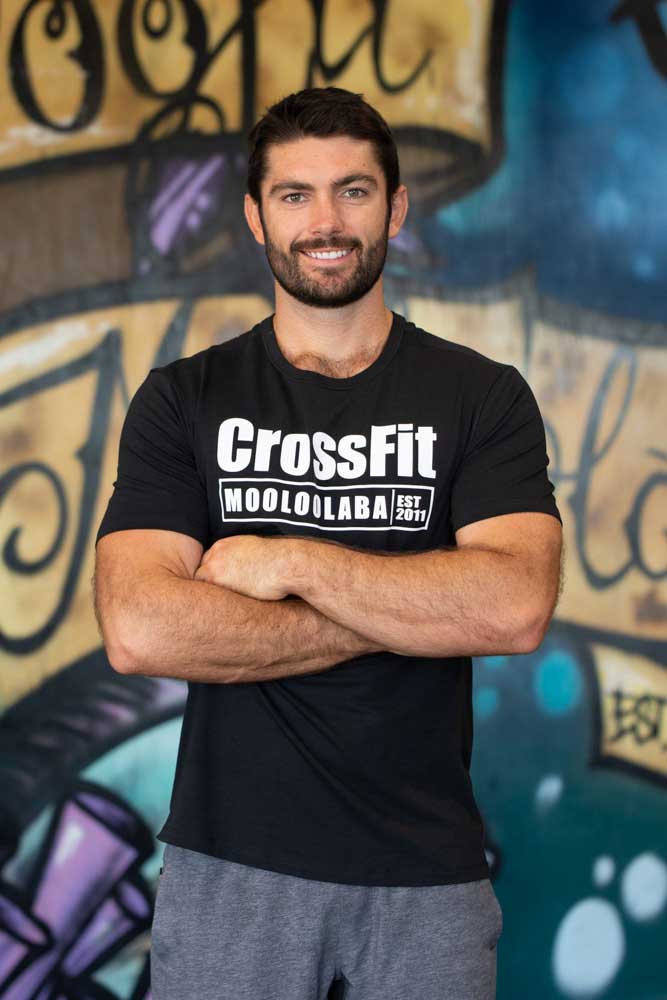 Jayden Hansford is a CrossFit Level 1 (CF-L1) Trainer. Jayden started CrossFit in 2015 in his home town of Tamworth and has been hooked from day one. Jayden moved to the Sunshine Coast in 2017 where he joined the CrossFit Mooloolaba community. Jayden took that jump and became qualified and started honing the skills required to lead people along their own CrossFit journey and joined our team. Jayden works on a farm throughout the day and spends his free time in the gym, out on the waves or watching movies. Aimee Moncur is a CrossFit Level 2 (CF-L2) Trainer. She holds a Cert III Personal Training. Aimee started CrossFit in 2011 and quickly fell head over heels for the sport and began coaching in 2012. She is employed as a full time fire fighter with QLD Fire and Rescue and loves helping the community in more ways than one. When she's not putting out fires or working out Aimee is usually found at her favourite coffee shop (probably on her third coffee). She likes spending time at the beach, climbing mountains and looking for good places to drink more coffee. Dan Clark is a CrossFit Level 1 (CF-L1) Trainer. Dan joined CrossFit Mooloolaba in 2015 and the coaching team a year later. He is always encouraging athletes and organising team/community activities and, as such, has earned the nickname "Dan for the People (D4TP)" Dan also volunteers some of his time with a local animal rescue organisation. So be warned, if you bring a dog to the gym, class maybe delayed while Dan gets to know his new furry best friend. When not in the gym or working as a Traffic Engineer, Dan can be found enjoying a coffee, surfing really badly or cheering on his beloved North Melbourne Kangaroos (or re-watching their last grand final win, in 1999).